God Picked Trump. I Told You to Brace Yourselves 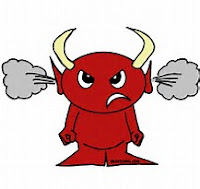 When Donald Trump was sworn in as president, I told people to brace themselves.  I said that because he is God’s choice, expect to see the powers of hell  break out against him.  It’s happening.

Even though I expected the powers of darkness to push back, I have been amazed at the forms it is
taking.  For example, in my long life, I have never seen members of the media break all  codes and openly admit that their mission is no longer to honestly report the news.  It is to stop a president even if it means losing all credibility.

I have never known the people in my profession to openly admit they are abandoning their ethical standards to stop a president.  In order to protect the integrity of our profession, psychiatrists had agreed it is unethical to diagnose public figures.  But they did it, claiming this time is different. They were saving the country and earning the epithet of shrink.

I have never seen the judiciary so blatantly block constitutional powers of a president that everyone agrees are his prerogatives.  I have never seen so many law school lawyers becoming political hacks..

I have never seen college students trembling in fear and demanding safe places–totally crazy.  Fear should now come from contemplating snowflakes in charge of our future.

I have never seen a million angry women protest but unable to explain why they are there.  Weird.

I have never seen such rage coming from a political party with no satisfactory explanation to us for why they are going mad.

What has Trump done to make so many people  deranged? All I see him doing so far has been to roll back the burdensome rules Obama put on us on his way to Socialism Now, jobs are coming back.  Factories are being built.  Hope is rising.

Also, he is taking actions to protect the country. Dangerous people are being deported and turned back from the borders.  He has appointed a judge that will not write legislature from the bench.   The morale of the service men and law enforcement is up.

He has shown  leaders  all around the world  America is back and they are encouraged.

I would ask again why so many people are losing it.  However, I cannot imagine a satisfactory answer for me that does not include the supernatural.
Posted by Blogger at 3:03 PM

One other thing I predicted was that Trump’s biggest problems would come from Republican leaders. I was right. As soon as the Left unleashed their fury, some Republicans are doing their usual thing of buckling under the pressure--throwing away the one opportunity they will ever have to get something done.

Yep, Trump is the President the left deserves.

The obvious and most logical explanation is that Democrats, the establishment Republicans, and the media are staging what is in effect a coup against the Trump administration. When one looks at the issues Blogger has just posted, what other explanation can there be? It is indeed interesting times.

Things might be changing. 24 hours into the special council and President Trump hasn't insulted him.

It seems I was correct about there being a coup in progress.

Kucinich, a liberal with integrity. Wow!

Here is another one.

I don't need to brace myself. Nothing of consequence has happened yet. Still waiting. Trump hasn't really been able to alter the landscape of liberal racism, oppression and poor ethnic and moral values - yet. He may be able to turn the tide, but the 50 million American hating illegal aliens will have to go. If they are allowed to remain, we won't be winning anymore elections. I also want to see Jerusalem as the place where we place our embassy - something Trump promised during his campaign. He needs to go nuclear on the RINOs who are sabotaging him at every turn.

Don't expect Trump to deliver on much. America has a constitution which protects freedom and liberty for ALL.