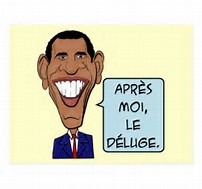 Fact check the lying Obama’s speech yesterday.  Fact Check Obama's Speech  A clear majority of Americans describe President Obama's tenure as a "failure" according to a poll released near the end of his presidency.

The Obama administration was marred by debt, scandals, foreign policy failures, and an overall fragmentation of this country. He plunged the United States into an abyss of economic debt that will create generations of American servitude paying off his wayward spending endeavors.

Worst economic recovery since the depression.

Highest percentage of Americans on Food Stamps and Medicaid

SOME OF THE SCANDALS

Lack of solidarity with Israel

Disaster with the Arab Spring

Allowing China to overtake us

Signing a Disastrous Nuclear Deal with the Mullahs of Iran

Spying on the AP

The ATF "Fast and Furious" scheme

The hacking of Sharyl Attkisson’s computer

Disaster with the Arab Spring

Leaving Iraq too soon and letting ISIS take over

Failing to Recognize ISIS as a Radical (or Devout) Muslim Movement

Returning the bust of Churchill to the Brits

Lack of Confidence by NATO nations

Paying ransom to Iranian for hostages- and using foreign currency in unmarked plane. Lying about paying ransom (which media ignored!)

Failure to secure the Border

Illegals bringing guns, drug and diseases through the southern border

Passing on the keystone pipeline

Constant disregard for the Constitution and tyrannical rule

Price of healthcare has drastically risen for those purchasing it

Highest percentage of Americans on Food Stamps and Medicaid

Denying the notion of American Exceptionalism

Securing the Olympics for Chicago in 2016

Mismanagement and cover up of Terrorist shootings in San Bernardino, California

.Veto of 911 Crime Bill- which was overturned

I don't know which will drive me craziest, having to look at that horrible man after 8 years of his serpentine face or hearing the applauding people who have to be cretins.

What drives me crazy is hussein obummers hypocrisy. He did nothing for the black community. Nothing at all except put them more firmly on the plantation. He did not empower the black community to do for themselves. For instance, he did not push 2nd Amendment Rights for blacks which would've gone a long way in dropping crime in cesspools like Chicago. What, does hussein obummer not trust blacks with guns? obummer must be waiting for whites to free modern day blacks like was done during the Civil War by Republicans. Hard to enslave someone when they are pointing a gun at you. I don't care to look or listen to any President from Carter to hussein obummer - they all sucked.

Hussein obummer was propped up time and again. He was in so far over his head that he was a true puppet. That idiot couldn't think his way out of an open field full of special needs children. Hell, he would be asking their advice. Someone who never held a real job or was in the real world was manufactured into one of the worst Presidents of all time. Our country is not doing too well.