God and His Rivals 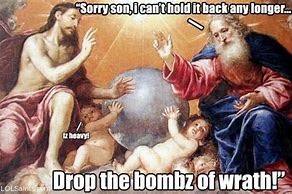 The following was taken from the newsletter of David Horowitz Freedom Center.

"Countless schools are beginning to force children to learn and recite the five pillars of Islam.

In Florida, students had to design and create Muslim prayer rugs.

In Maryland, students had to write out the Shahada, which states, ‘There is no god but Allah, and Muhammad is the messenger of Allah.’

In one school they even recited the Pledge of Allegiance in Arabic ending with, ‘one nation under Allah!!’"
Google links

Before I go on, I need to remind readers of what God has said about worshiping His rivals.

All the nations will ask, "Why did God do this to this country? What on earth could have made him this angry?"

Your children will answer, "Because they abandoned the Covenant of the God of their ancestors that he made with them after he got them out of Egypt; they went off and worshiped other gods, submitted to gods they’d never heard of before, gods they had no business dealing with. So God’s anger erupted against that land and all the curses written in this book came down on it.
Deut 29:24-28  Also see:Deut 13 12-17; 30:17 ff; Exodus 22:20; and more

Because the Bible has been so poorly taught, a naive population in this country has no concept that other religions worship other real gods. They think religions are just harmless philosophies.

Why write about this? Because God says "But if the watchman sees war coming and doesn’t blow the trumpet, warning the people, and war comes and takes anyone off, I’ll hold the watchman responsible for the bloodshed of any unwarned sinner.’ Ezekiel 33:6 (MSG)"‘
Posted by Blogger at 8:24 PM

The left is trying desperately to tear down Christianity. Christians are a threat to the power that the leftist crave so much. Hard to control a women when she believes in a higher power (God) and not mortal, fallible humans. Speaking of fallible humans, how about a vent page so we can talk about more Watauga County citizens killed by illegal aliens.