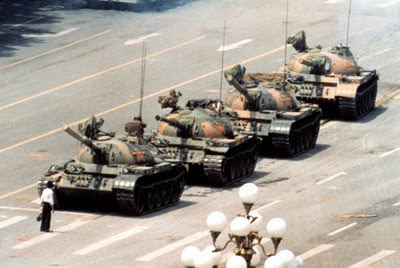 Well, today we scored a big victory on a crucial issue that looked impossible just a few months ago.

Senate Majority Leader Harry Reid announced that the outrageously mis-named Employee Free Choice Act -- or Card Check -- is NOT going to be brought to a vote this year!

Card Check
would effectively take the secret ballot away from American workers when it comes to deciding whether or not they want to join a union. It would take a cherished freedom away from millions of Americans, and at Americans for Prosperity we've been fighting it tooth-and-nail throughout the year.

A few months ago, President Obama, Speaker Pelosi and their Big Labor allies were confident of passing this legislation, which would dramatically expand the power of unions by giving them millions of new union members along with their "forced dues."

Above from Americans for Prosperity
Posted by Blogger at 1:40 PM

The public becoming informed and involved is making a difference. Politicians are finally starting to listen to their constituents out of a concern for self preservation. I have heard conformation of this from many diverse sources and in many different places and social settings. As that video said, do not underestimate the will of the people.

Blogger, the Glen Beck Show yesterday had a very interesting segment. On it a psychiatrist warned that if you disagreed with the far left then you had to be willing to endure illogical insults and defamation of character. He said this is because these people are having the same reactions as alcoholics and drug abusers. Until these people realize their problem in understanding reality, they go through the identical steps if confronted with their problem as do substance abusers. These include denial in which they say they do not have a problem, but cannot support their opinions with any reason other than I believe it is true because I believe it is true. They become aggressive and claim they do not have a problem, that the rest of the world does. They cannot defend themselves by any other means other than an attack or by trying to change the subject. A reasoned discussion threatens and infuriates them.

This is an interesting perspective of which I have never thought. I always knew the far left did these things, but never looked at it as something they could not help. I thought it was deliberate subterfuge. What is your opinion?

I am going to have to rethink my opinion of psychiatry. I have always been a fan of the objective over the subjective. Psychiatry apparently deals with the subjective. I feel the need to educate myself on the subject. Could you recommend some reference books on the level of Psychiatry for Dummies?

I tried to find a video of this segment of the show, but as yet I have not been able to do so. If anyone finds it, please post it.

Guy wrote: "the Glen Beck Show yesterday had a very interesting segment. On it a psychiatrist warned that if you disagreed with the far left then you had to be willing to endure illogical insults and defamation of character."

Yes, I saw that and am even tempted to go back over attacks made against us on this blog.

As to a good book. I will have to look into that. In the beginnings of my study, I loved the subjective. The theories made a lot of sense when applied to my patients.

Over time,however, the objective became interesting with the new brain imaging abilities and the new medications. Being able to connect specific behaviors to specific brain activities gave a new interest to the field.

Blogger, do you agree with the guy on Glenn Beck as to the similarity of the conditions of those such as BB and POV and those needing help with dealing with substance abuse?

Off topic: What do you think of this?

Blogger, do you agree with the guy on Glenn Beck as to the similarity of the conditions of those such as BB and POV and those needing help with dealing with substance abuse?

Off topic: What do you think of this?
No longer America

Off topic: What do you think of this?
No longer America

The police officer seem very professional and patient. I don't know the broader context do you?

Was this man with the sign out to cause trouble?

Was this the action they wanted to create?

This is why You tube is not journalism.

"This is why You tube is not journalism." - LiberalPOV

The hell it ain't. YouTube shows us what really is happening as opposed to what "journalist" want us to believe. The Iranian uprising is a good example. Journalism as we used to know it is dead. If someone labels themselves a journalist or especially if someone has a journalism degree then I immediately distrust them. Bloggers have much more credibility these days.

Bravo Gregg!!!
Too many journalists practice "yellow journalism" and pick and choose what they want to highlight while downplaying extremely important and valuable information!! They cleverly mislead the public and sadly many American's are ignorant enough to take what these journalists say as truth, but that is just the result of the "dumbing down" of society thanks to liberal extremists trying to destroy the very core of this country!


" If someone labels themselves a journalist or especially if someone has a journalism degree then I immediately distrust them."

This why I use the term " Know Nothings "

This card check thing is another example of the MSM not doing their job. Guy's right, "The public becoming informed and involved is making a difference". The public is not relying on "journalist" and have taken it upon themselves to learn the issues. Who are you going to believe, a "journalist" or your lying eyes?

It will take people like POV a time to get used to the new media. Seeing and hearing something as it happens is foreign to some of the older generation.
Decades they have been spoon fed their news by the likes of Cronkite, Rather, Jennings and AP, and the NYT. Their brains are slower at adapting to new things, if they didn't question the MSM before.

Apparently most people are not very happy with the conduct of this security guard. The contact information for his superiors has been posted on several sites, including YouTube. If any one feels strongly enough to contact them, here is the information. As Glen Beck has indicated, the time for silence has past. If something disturbes you, do something about it.

The Man with the sign and video seem like real assholes but the ACLU would defend their right to be obnoxious.

What had happen before the video was edited?

What was the conversation both before and after?
Did the man get in the meeting with the offensive sign?

That Glen Beck is a real piece of work to go after this security guard that's just trying to make a living and Beck want's to cost him his job and harass his supervisors.

Where has Beck outrage been when police have beaten protesters for a whole lot less and their was no provocation or discussion?

Beck has been at the forefront of bringing unconstitutional abuses of both parties to light. If POV watched him, he would know Beck spoke against such things as the attempts to intimidate protesters and the Patriot Act during the Bush Administration. Beck is not a Republican and does not support the socialist wing of that party.

He has never mentioned the security guard, to my knowledge. Maybe I should email him the video. The video was sent to me in an email. I have since seen it on YouTube as a featured video, The FalFiles, and several other sites.

Until the far left takes over all means of communication, the public will get informed and react. The tide has turned. We no longer are content to believe anybody without checking facts from many places.

The phone numbers were not made public by Glen Beck?

The way you had written the post made me think these came from The Glen Beck Show.

What kind of person would publicly post these telephone numbers and try to get this man fired on the little information we have here?

The phone numbers were both on YoouTube and the FalFiles is the comments section. POV, you never check anything out before you voice an opinion. That constitutes one of your many failings.

To answer your questions, I contacted his supervisors to urge he be fired because he abused his office in order to violate a person's civil rights under the first amendment.

What kind of person supports this kind of unconstitutional abuse? Would you support this conduct if the guard had been suppressing an unfavorable likeness of Bush? I think not.

Guy
You when after the man's job on the edited you tube not knowing what had happened just before or just after the clip you saw?

Edited!? What more do you want to hear?

You when after the man's job on the edited you tube not knowing what had happened just before or just after the clip you saw? - POV

Nothing in this gibberish constitutes a complete sentence. POV, do you want to try again for something comprehensible? Here is a hint. A sentence or question requires a subject and a predicate being used together. The subject is what the sentence is about. The predicate tells something about the subject. A sentence can be as small as a noun and a verb as illustrated by a quote from the Bilbe I am inspired to use many times when I read one of your posts. This quote is "Jesus wept."

If you will use this concept,one can then try to interpret what you are trying to say. Even when you do make a sentence correctly, it is hard to follow what you mean due to its being so illogical.

I will try again What was said or happened just before toe video you posted?

What was edited out?

Did the man get in with the offensive sign?

Was he beaten like protesters at the Republican convention?