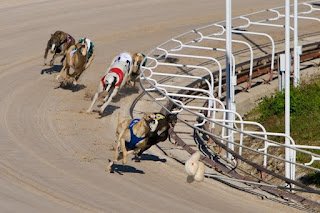 In commenting on my 2011–2012 post, Wolf's Head responded: “Thank you for having this blog. Although I do miss bashing lefties.”  Wolfe, I too wish
we had more liberal readers to debate on this blog.  I can enjoy debating because I am comfortable saying with Ronald Reagan: “The trouble with our liberal friends is not that they're ignorant; it's just that they know so much that isn't so."   I can only wish we had more like Jack, for example.   Regular readers will be aware that I have demonstrated that for me, Jack is worth debating.  He argues with facts and thought-through ideas.  He even at times has caught me out, thus improving the blog.

On the other hand, after too many complaints, I had to ask Liberal POV to leave.  Because of what I said above, having to do so was the most painful move I had to make in 2011.  Over time, it became obvious though that Lib was more interested in sabotaging the blog then he was in honest engagement.  He used such an array of dirty tricks that he could have started his own blog entitling it:  “ malicious destruction of others’ blogs using dirty tricks.”   To illustrate just  a few: “Keep making inane comments to discourage others off the blog.”  “Have a lot of cut and paste comments that you know are stupid, boring readers into leaving.”  “Bombard with the same comment like a spammer irritating readers into leaving.”

All of the dirty tricks were damaging the blog but as many know the one that frustrated me the most was how he sucker-baited the innocent.  Our readers reminded me of those greyhound dogs when the phoney rabbit comes  past.  Out they dash around and around.  They never catch it.    Even so, the next time, off they go again.  We tried in vain to get readers to quit chasing that damn rabbit.  While demanding we do something, at the same time, they were telling us they could not help themselves.  Like those greyhounds, chasing was in their genes.
Posted by Blogger at 1:13 PM

Not sure if you know what's going on in Blowing Rock, but tomorrow night the Town Council will decide if one can carry concealed weapons into the Blowing Rock Memorial Park and other areas. What makes this especially interesting is the fact Blowing Rock planning board has been reaching out to dozens of other towns across NC to get support for passing the ban.

The tactic has worked. I was talking with a member of the planning board yesterday and learned that the Police Chief from Garner, NC has written a letter to be read during the council meeting tomorrow night stating that Blowing Rock should ban weapons on town property. Does it seem odd that town officials in Blowing Rock are trying to have decisions made based on what other municipalaties are doing? I thought those decisions were supposed to be made based on what the taxpayer said?

Not sure how many of you plan on attending tomorrow night, but the Town of Blowing Rock will stop at nothing to take our rights away. The Land Trade over there was bad enough, and this will surely go to the lefties unless we have a presence.

Who will stand alongside me at tomorrow's meeting?