How To Limit Growth, Damage The Economic Recovery and Increase Unemployment Apparently the Raleigh Bureaucracy, in the months since the governor signed the new NC Residential Building Code into law in June of last year, has not had time to print the new code which takes effect next week! This leaves county and town enforcement officials in a difficult situation since they are unable to implement a building code which has not, as yet, been printed and provided to them.  I would think that
an executive order from the governor could delay the implementation date of the new code  and  thus, solve the problem. If that is not possible, then the legislature should convene  emergency session and delay it through new legislation. Construction in most of the state is hurting! Boone is no exception. I personally know several out of work construction workers,  contractors with no business, and building supply stores that are doing very little business. This is NO time for government to put roadblocks in front of whatever small amount of new construction  that might be possible!

"The Boone Town Council on Feb. 21 voted unanimously to direct the Planning & Inspections Department to refrain from issuing residential building permits after March 1 until new state building codes are received. 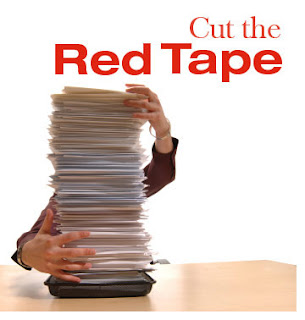 The 2012 NC Residential Code and 2012 Energy Conservation Code are scheduled to take effect March 1, but due to various delays, the publisher will not have the Residential Code in print by that date, according to Chris Noles, deputy commissioner for the N.C. Department of Insurance (DOI).


“In effect, this requires the construction community to use a code book after March 1, 2012, that is not available in hard copy,” Noles said in a Feb. 14 letter. At the Feb. 21 council meeting, town planning officials said they did not expect to receive the new codes until May at the earliest."
Posted by NewGuy at 4:45 PM

Perdue and Obama have crushed construction in this state.

The EPA now requires that they certify you before you work on any buildings that have lead building materials in them, and you have to register with the state as being certified. I believe the fine from the EPA is $32,000 per incident they catch you at. It cost me about $800.00 to be "certified" to do what I have been doing for decades.

The state has enacted new standards for septic systems and wells, to the point that many building lots are now unbuildable.

And as a citizen I see the devastation caused by Obama and Perdue's economic policies.

Construction cannot come back until people are working and secure in their jobs.

More rules. Oh boy, I just love the government telling me how to do things, especially within my own home. These idiots are ruining the country with NO relief in site. Why aren't the Republitards repealing building codes? They need to DO SOMETHING. The liberals give us rule after rule and Republicans NEVER repeal them. Thus incrementalism is in full effect.

People should be able to build anything they want on their own property. It should be a felony for a government official to step foot on someone's ground without an official invitation.

It's good to see one political body - the Watauga County Commissioners - using a little common sense. Watauga County will continue issuing building permits and NOT further damage the economy by stopping any new construction!


"Commissioner Vince Gable said he worried about the effect a moratorium would have on progress in tough economic times.

“I don't personally see any reason for us to stifle anything, and it should be business as usual,” Gable said."
See article in Watauga Dem...
http://www2.wataugademocrat.com/News/story/County-Building-permits-continue-id-007095

Government regulations could be worse....Wait A Minute!

They even control your stinking light bulbs.

Thank God for Vince Gable and those like him.

Yes, you are right, Mr Faulkes. It may well be too late. We have the town of Boone deciding to shut down new home construction in town limits. We have Obama deciding what insurance companies must cover no matter what the policy holders and the marketplace wants coverage for, we have political jurisdictions everywhere deciding who can be in what business, etc, etc, etc.

Here is a good article that won't raise an eyebrow because we have come to accept that it is governments "right" to decide who can enter certain businesses.

That is the same case in Boone, to open a cab company you need the town council's blessing. If they do not approve for what ever reason no company for you.