"Foxx: Second Amendment Rights ‘Shall Not Be Infringed’ 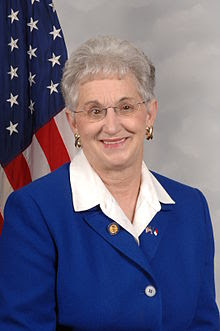 By Rep. Virginia Foxx
Feb. 1, 2013. The Constitution of the United States of America was written to put in statute the limits of government’s authority over citizens. It does not bestow rights or permit freedoms upon American people. Rather, it delimitates what government of the people, by the people, and for the people can and cannot do.
Since well before our country’s founding, Americans have exercised the right to keep and bear arms, a right formally protected by the ratification of the Second Amendment in 1791. As a lifelong defender of Second Amendment freedoms, I am committed to ensuring that any new proposals considered in Washington do not infringe upon the constitutionally-guaranteed rights of law-abiding citizens. "


A great article by our favorite Congressman!
She also said:

"The right to keep and bear arms is not one for hunters and sportsmen alone. For centuries, it has been a right for every American citizen to arm themselves to defend their property and the people they hold dear. And it is a right that cannot be infringed."

They already have been.

This violated so many gun safety rules it is not comprehensible how it happened. What happened to be sure of your target and what is behind it? Any comments?

I forgot to add the link. Sorry.

Hey! Do you know if they make any plugins to
protect against hackers? I'm kinda paranoid about losing
everything I've worked hard on. Any suggestions?