Vent Page LXIX - Number 69 in our series and I know what you are thinking!!!

We aren't going there!


AOur choice for the Auto Icon this time is NOT a secret...It's the 69 Camaro SS - The Indy Pace car for their year and one of the most collectible of the collectible cars! 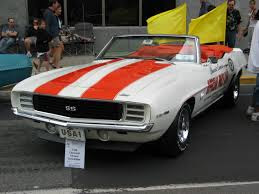 Does anyone know details about the Boone Central Planners recently turning down an offer from a Zip Line company to rent space at Horn in the West?

As I understand it, the company approached the Town with an offer valued at $60,000 per year. This money would have gone to the STRUGGLING Appalachian Historical Society, the group that puts on Horn in the West.

If this is true, the County Commissioners should work to make details known. Such flippant behavior by the Town exemplifies yet another reason why the Central Planners should be entrusted with less, not more, taxpayer funds. Bring on the new sales tax disbursement formula!

No surprise the Town kept this decision quiet. I bet the meeting, like so many others, took place behind closed doors.

More anti-development from the Central Planners.

And what will Virginia Roseman’s position be on this issue when she runs for Town Council? As a past employee of the Historical Society, and proponent of substantial government support for nonprofits, one would think she would be up in arms.

Of course challenging the Planners on this decision would put her at odds with the Liberal High Command. But silence on the issue would reinforce for many, the fact that she is totally incompetent and devoid of leadership skills.

She could always write them a check.


Doug, I hadn't heard that....But, it's no surprise that Boone would ignore potential revenue sources. After all, they have a huge financial windfall from the present method of sales tax distribution! Students, who live here part of the year, are considered as residents. Summer residents, like most of those on Beech Mountain, are not. As long as sales taxes are based on "population", maybe they should be based on the population that is here in July. I expect the county, and the other municipalities, would benefit more from that than they will even under an ad valorem allocation

This is about an hour long and is very disturbing. It shows the history of gun control. Please watch it.

Thank you Guy Faulkes. Outstanding video - I gave it a thread of it's own!

This could be the 2016 Presidential race:

Sark, good choice. I've read about him before and he would be a good choice. I don't understand what it will take to wake up some of those still sleeping. If they continue, I'm afraid they'll be bedridden before long. I wish someone could tell me what has changed for the better in my country. Maybe people enjoy living without...a home, food and jobs. Beats me how to answer. We don't have long to find someone for the job, get on that.

Reader- So far I can see myself supporting Dr Carson. There is a long way to go yet. If he stays unaffiliated with the Republican Party, he might be allowed an impure thought at some point in his life and might gain the support of the rest of the Conservatives. Since he hasn't held an elected political position and voting history, it will be harder for the perfectionists to make the "no difference" claim. So far so good.

Sark, thee is a difference in a claim and an indisputable fact.

Forgive me, for not acknowledging your very funny comment about Virginia Roseman.

Yes, why doesn’t she go ahead and write the Appalachian Historical Society a check. I’m sure they want mind it bouncing!

Roseman clearly has no problem signing her name to bad checks – she’s been doing it for over ten years!

I wonder if Roseman knows Pam Williamson and Billy Kennedy had a private meeting to figure out a way to kick her off the 2012 ticket?

Of course this secret meeting had nothing to do with concerns about Roseman’s extensive criminal history – the Liberal High Command worked very hard to keep her run-ins with the law very quiet.

It will be interesting to follow Roseman’s bid for Town Council. Will the Williamsons help cover for her again? Or will they work to marginalize her candidacy?

This country is so divided, the Left is on record as "hoping" the Boston bomber was a white man. Hoping he was a Tea Party member and Conservative.
When the Left uses the term "white man" they mean Conservative. It doesn't matter the race, there are Conservative Blacks and they are considered White by the Leftists.
I have seen it from Leftists right here on this blog also. The self-loathing Leftist's hatred has so permeated society, it will not survive as we know it. This is part of Obama's "fundamental change".

I assume this is something that I need to protest? What are they thinking?

The Boone Central Planners politicize possible cuts to Horn in the West:

From the Watauga Democrat' "assistance (to the Horn) is contingent upon a change in the county's decision to change the local sales tax distribution method."

As mentioned at the top of this thread, Boone's Liberal High Command just turned down a $60,000 per year offer from a Zip Line company to rent space from the Horn - that money would have gone to the Horn each and every year.

Funny how the Planners think they can blame the County for cuts to the Horn, when THEY were the ones who said NO to $60,000 per year!

Should the Horn be forced to close its doors, the Planners can pat themselves on the back. They can rest well knowing they held fast to their Liberal ideals regardless of the consequences.

Horn supporters, patrons, volunteers, and staff - are you pissed off yet? You should be! This fools are slowly killing Boone.

The Horn in the West is an established 'draw" that creates spending in the county as well as the town. It is not surprising that the town council will cut things that actually have a positive impact as well as necessitates before they would cut frivolous spending on things that might be nice to have, but they cannot afford. They would do this to cause as much pain as possible to try to anger people against the county.

This will probably work with liberals, particularly those that reside in Boone, but not with thinking people.

The question is, why did Boone allow its property to deteriorate to this point in the first place. It seems to me one would take care of going concern before stating new ones such as a theater.

I am not talking about the play itself when I refer to funding, but the infrastructure. Most landlords maintain their property.

Boone is more concerned with being held accountable by the voters than they are about the loss of taxes.

(CNSNews.com) – The federal government is spending $152,000 to study “voice therapy” for transgenders, saying it is incumbent to being “accepted as one's preferred gender.”

Marathon bombings mastermind Tamerlan Tsarnaev was living on taxpayer-funded state welfare benefits even as he was delving deep into the world of radical anti-American Islamism, the Herald has learned.

"I'm on welfare, I think I'll take a six month vacation to Russia. Where's my Obamaphone, I need it for remote detonations". - TT

When all is said and done, MONEY and not having to work a 40 hr job will have been the incentive for both brothers. Jealousy and resentment for those not on welfare and the government giving them their handouts will prove to be the "reason"... Jihad will just be the excuse.

Maybe they were mad because they didn't get a free car under the Massachusetts "wheels for welfare" program.....or that the AAA Membership they were given wasn't the premium version!

NewGuy- Mad because of the limited choices of Mercedes and BMWs in the welfare program.

You won't hear much about THIS TERRORIST