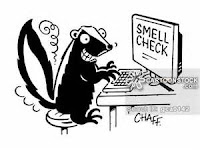 The web page Defense One claims that “Every Part of the US Government Has Probably Already Been Hacked.”    See also  Hacking)  These include high profile agencies such as the Office of Management, the Defense and State Departments, and even the Post Office.  So far the CIA is not sure who the hackers are.

Yet now they tell us it’s a slam dunk (CIA to Bush about WMD’s)  our elections were hacked by the Russians to influence our elections.  Really?

So under the above circumstances, suspicion the CIA has political motives comes naturally.  The credibility of these two once trusted agencies has been sullied by Obama.
Posted by Blogger at 5:14 PM

Though Dems can't trust the FBI, they are now ready to trust the CIA. Have you seen where a group of the Electoral College are demanding to have an Intelligence Briefing before they will vote next Monday?

One talking head on TV just said as Dems run out of explanations they could blame e t aliens causing their loss.

Bolton said this hacking could be a "false flag" hacking. False flag is when a nation hacks then leaves clues to point to someone else. He said "Russians leave no finger prints".

FBI not going with CIA on Russian hacking as FBI requires evidence that would stand up in court.

A hole has been blown in the Democratic Party, and mainstream media’s, narrative that Russia was behind the leak of DNC emails to Wikileaks.

On Sunday a former British ambassador to Uzbekistan, Craig Murray, said he has met the person who gave the DNC emails and it was not the Russians.

“I know who leaked them,” Murray told The Guardian. “I’ve met the person who leaked them, and they are certainly not Russian and it’s an insider. It’s a leak, not a hack; the two are different things.

Murray, who is a close associate of Wikileaks head Julian Assange, explained it further on his website.

“As Julian Assange has made crystal clear, the leaks did not come from the Russians. As I have explained countless times, they are not hacks, they are insider leaks – there is a major difference between the two,” he wrote. “And it should be said again and again, that if Hillary Clinton had not connived with the DNC to fix the primary schedule to disadvantage Bernie, if she had not received advance notice of live debate questions to use against Bernie, if she had not accepted massive donations to the Clinton foundation and family members in return for foreign policy influence, if she had not failed to distance herself from some very weird and troubling people, then none of this would have happened.” The Young Conservatives

Please help me to understand this Russian hacking thing.

I mean, I can understand how they snuck a private server into Hillary's basement. And, I guess it's possible that they edited videos of her to make it look like she was barking like a dog.

And, I suppose they could have dubbed in her voice saying that Trump supporters were a "basket of deplorables" - and that she was going to put West Virgina coal miners out of business.

But, how did they make Donna Brazille give Hillary the debate questions in advance? And, how did they convince her to not go to Wisc but instead to campaign heavily in Chicago in an effort to run up the popular vote even though there was no chance that Illinois would go Trump?

The "Russian hacking thing" is just another example of how Democrats cannot take responsibility for their own actions. For 8 years everything they did wrong was Bush's fault and everything they did wrong on an international scale was the fault of either global warming or a video. They are like little children. If you listened to Harry Reid today, he sounded like a 16 year old valley girl when he blamed Comey for his failure as the Majority Leader.

Why is Hillary sitting on this guy's lap?