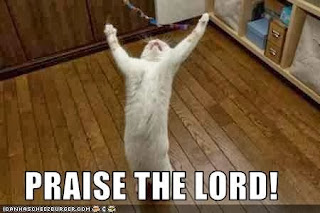 The Democrats have their sheeple so stirred up with falsities about President-Elect Trump, I expect them to go full fledged jihadist.

If you think the transition challenge has been bad so far, just wait for the really bad stuff about to start.

Trump and Melanie were cheered and applauded as they went to Christmas Mass at.an Episcopal church last night.

Sark you said above that the really bad is coming. Do you have some specifics in mind. Personally, I am thinking that Trumps real problems will come from being undermined be McConnell and Ryan.

Blogger- Specifically I have in mind the NY AG's investigation of The Trump Foundation and a push for indictment prior to swearing in. To go along with that will be Court's actions and wild anti-Trump demonstrations. The enemy is not McConnell and Ryan.