Will Obama Leave Us Under a Curse? He Did Today! 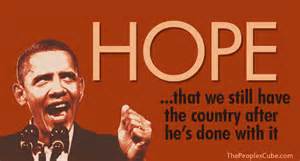 Regarding Israel, all serious Bible readers know Gen 12:3  "I will bless those who bless you, and him who dishonors you I will curse."  They also know Joel 3:2 in which  God declares He will put the nations on trial for dividing His land.


The United Nations is itching to divide Israel.  The United States is all that has stood in its way.  Now we learn the other worst president Carter, is trying to goad this worst president Obama, into giving the UN the green light before he leaves office on Jan. 20.   This act Trump cannot undo.

When Obama first went into office, I read and reviewed a book that advanced an intriguing thesis regarding how we should understand Barack Obama.  The author arguing in short, that to understand Obama, we must understand the anti-colonialism of his African father. (Obama’s autobiography is entitled Dreams From My Father, not Dreams of My Father.)

Over the years, for me the explanation for Obama’s actions, was his anti-colonialism.  Thus I understood why he would run up the biggest deficit in history, leaving us nearly bankrupt–why he would put on regulations that stifled the recovery--why he would wreck our health system--why he would decimate our military–why he would begin to overrun us with Islamic terrorists–why he would throw open our borders to millions of unprepared illegals--why he would weaken our reputation as a world power–why he would embolden our enemies–why he blocked all our attempts to become energy independent--why he would encourage internal race wars.  Feel free to add your own.

Anyway, in conclusion, just when I thought there certainly was no further damage he would be allowed to do, now he might leave us under a serious curse.
Posted by Blogger at 4:52 PM

Email ThisBlogThis!Share to TwitterShare to FacebookShare to Pinterest
Labels: Obama and Israel

This is why we need to get out of the UN. Or at least it is one of the reasons. The UN should be doing nothing but helping countries whose people are fleeing their own borders. The UN should be taking over Mexico's government and building refugee cities for the masses of Muslims escaping Muslim countries. There is no mass exodus from Israel including the Arab Israelis. Once the USA has seated a President who does not think we are the cause of all the world's problems the UN will back off. If not, it will only be too late for the poor souls in baby blue helmets that try to divide Israel. Let's see how many of the remnants of the Democrat Party side with the UN and the other anti-American soon to be former and already former presidents.

Obama's other book was Audacity of Hope. Speaking of audacity, did you heat Michelle Oama say "We are feeling what not having hope feels like". Mischelle wake up and smell the roses. This is the first time in eight years we have had the audacity to hope!

That is hear not heat.

Well said Anonymous 6:56 PM. Michelle was proud of her country for the first time at the ripe old age of 44 now her husband blew his presidency and now she's back to being ashamed of America again.
Why do Hollywood stars hate Mexicans? They all want to go to Canada instead of Mexico so they must hate Mexicans.

I told you he would betray Israel. Besides triggering God's wrath Obama is using a wrecking ball as he goes out the door. Because he knows that Trump wii undo all the damage he is reeking on our country, his only motivation is he is just a very mean person.

That was Obama's sissy slap at Prime Minister Benjamin Netanyahu and Conservative Americans as he curtseys and runs out the door.

Now add the blocking of offshore drilling. Authorities agree it was just to aggravate Trump. Mean.

I think Obama will leave under a curse.

Obama sides with the Aztlanians.

Sark on stopping the building. Are you thinking Obama believes Texas, New Mexico, and Arizona must be returned to Mexico, and therefore we must stop all further settlements?

Doing it as he goes out the door when it does not matter any more, reveals what many of us knew, obama hated Israel

Blogger- Israel's history is a copy of the USA's history. We took some of America by force. I am sure Obama considers most of the Southwest occupied territory but he's too much the coward to try and do anything about it.
Stopping Israel's building in The West Bank is exactly like the UN/Obama stopping building in Texas. With the entire Middle East up in flames, how does the UN take time to do this to the only decent State in the Middle East? Israel is the American's best ally in the region and the Muslim Brotherhood is Obama's.