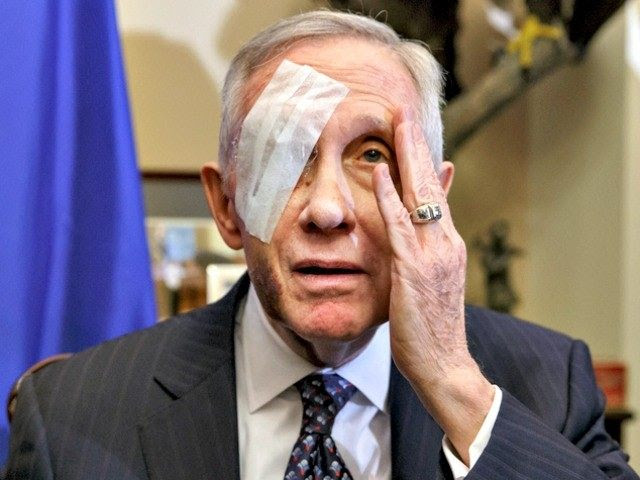 Senate Minority Leader Harry Reid (D-Nev.) is predicting a Democratic-majority Senate next year could break out the "nuclear option" to change the rules on Supreme Court nominations.
The outgoing Democratic leader told Talking Points Memo that he's paved the way for what would be a historic change of the Senate's rules, allowing Supreme Court nominees to bypass a 60-vote procedural requirement and be approved by a simple majority.
"I really do believe that I have set the Senate so when I leave, we’re going to be able to get judges done with a majority," he said. "It’s clear to me that if the Republicans try to filibuster another circuit court judge, but especially a Supreme Court justice, I’ve told 'em how and I’ve done it, not just talking about it. I did it in changing the rules of the Senate. It’ll have to be done again."- TALKING POINTS
Posted by Sarkazein at 1:11 PM

Thanking all those Republicans for holding the Senate.

Chuck Shummer (SP) is on TV now singing the blues about Reid's legacy. This time, no crocodile tears.