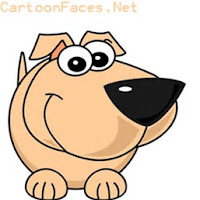 Most remember that Jane Fonda was one of the highest profile anti Vietnam war protesters. Most of the ASU faculty and students supported the war, but yet she was invited to speak on campus. Earlier some of the prowar supporters had pelted with eggs an antiwar demonstration, so her visit would be interesting.
The gym was packed for her speech. But, unlike the barbarians who now attend colleges, ASU students let her talk.

I had been seated about halfway back, so what happened next was truly startling. Miss Fonda invited the veterans in the audience to meet with her in a side room. When I came in she was sitting on a table surrounded by veterans.

Sliding off the table she headed straight for me. She took my hand in her two hands and said. "Thank you. I did not know how I was going to be received here in the South, so I was somewhat apprehensive. Then I spotted your kind face in the audience and locked on to it. From then on I was fine."
Posted by Blogger at 3:44 PM

Jane Fonda would be proud of the four ASU vandals that were recently caught by Boone police after doing about 10k worth of damage vandalizing buildings and a police car in downtown Boone.
I wonder why none of the media seem to want to report that the 4 were ASU products? And that at least one was a member of the ASU DEMOCRATS?

The Watauga courts will deal with the criminal activity of these 4 but, what will ASU administration do?

I envy your meeting her visually. But, after seeing her anti American activities combined with her marriage of one of the wealthiest men in America after leaving her Communist other husband, to me, she would look like the love child of Janet Reno and Rosie Odonnell (sp). I get the point of not throwing a Molotov cocktail at her gas guzzling limo to stop her from speaking.

Actually I was holding hands with Barberella, Klute, the female in every movie I had lived through with her. It was very surreal.

I posted this remembrance because the Berkeley riots gave me a flashback.