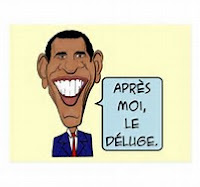 You may not hear about it on the nightly news or see it in your morning newspaper, but I wanted to let you know that the House of Representatives just passed a very important jobs bill. It's called the CHOICE Act, and it reins in the Dodd-Frank law, which is more than a thousand pages long and has more rules and regulations than any other Obama-era law.

Under Dodd-Frank, our country is losing one community bank per day, on average. Without these
community banks, America's small businesses cannot hire, invest, or get the loans they need to get off the ground. As I said today, The CHOICE Act will change all that, and it will end the practice of "too big to fail." Taxpayers should not be on the hook for Wall Street's reckless decisions, plain and simple.

Now, less than 5 months since President Trump was sworn into office, the House has passed legislation dismantling Obamacare, Dodd-Frank, and more than a dozen of President Obama’s signature regulations. (See list Rolling Rolling)   And we will continue working with the Senate and the President to get things done for you and your family.

P.S. Here's some more good news that you may not hear about on cable news: to date, the Republican-led House has passed 158 bills, making it the most productive in the modern era.

From Paul Ryan newsletter.
Posted by Blogger at 12:05 PM

What the hell are you fools smoking?
Dow 7,000 to near 20,000
Save the auto industry
Record Jobs growth
Low inflation Rate
All done as Republicans opposed every decision Obama made.
No banking failures, no financial scandals and banks paid huge fines for money laundering and past fraud.


Trump can only dream of having such a record positive shift in the economy.