Look What Happens When You Drain the Deep State Swamp 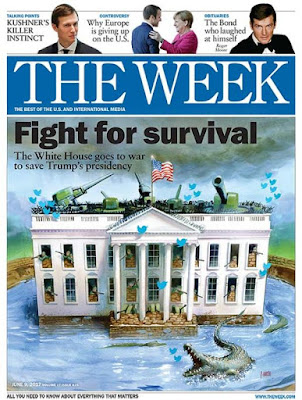 How many billionaires are in Trump's Cabinet? You think they will act in the interest of the general public?

Trump should have poor folks who have never run anything other than a lawn mower running the departments!

No Trump should have talented , knowledgeable, ethical leadership in his cabinet.

Trump has the most accomplished people in his cabinet in history with the exception of Kennedy's which may have been equal.

Having the wealthiest is not the same as having ethical, experienced qualified public servants.

I wrote "accomplished" not wealthiest. Can't you read?

And by the way what as this to do with draining the swamp, troll? If I were not so busy, I would move all of this to where it belongs.

What is it you base your opinion of being accomplished on? What does Ben Carson know about being US Secretary of Housing and Urban Development?

what did a community organizer know about being President of the United States? Carson, someone who actually held a meaningful job, is far more qualified to lead HUD than huusein obummer to lead the nation. With all of obummer's failures, its amazing liberal socialist sheep still support him. Then again, you dolts support violence, intolerance and bigotry against those with whom you disagree.