Proud to Be An American!! 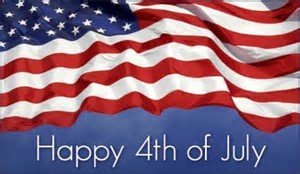 The only place Conservatives like the word " freedom ", is on a bumper sticker. Flag waving, red white and blue NC GOP politicians are busy restricting voting rights, civil rights, opportunities and human rights of "those people ". LBGTQ, Dreamers, refugees, people of color, students, the poor, and low wage workers.

Liberal socialist sheep are busy shooting Republican Congressmen, giving away state secrets due to nothing more than idealism (Reality Winner), buying into junk science for the purpose of controlling people (global warming), inciting violence among the less bright (most of the left), hiking the price of Epi-Pens by 600% to increase corporate profits (Democratic Senator Joe Manchin's Daughter), writing fake news stories that have to be retracted (NYT and CNN), and finally supporting the forced killing of a baby in England for no other reason than doing otherwise highlights the evils of socialized medicine. This list makes conservatives look like saints. Then again, what do you expect of liberal socialist sheep? LOL!! Stings don't it.

"often later ruled unconstitutional by the courts" consisting of liberal activist judges legislating from the bench.

You can't legislate away the constitutional rights of fellow citizens.

It is done every day, Goofus. Everything is legal until it is challenged in court. The problem comes when the courts (mainly leftist appointed judges) try to legislate from the bench instead of following the constitution.

By the way, the attributes you assign to the GOP usually aree shared by teh left.

The US Supreme Court has been dominated by justices appointed by Conservative Presidents for nearly 50 years. The Warren Court during the Civil Rights Era was the last court with a majority Democratic appointed justices. I don't like a lot of the Conservative decisions like a corporation which cannot go to jail, be killed in war, have children poorly educated, be harassed by police or go without healthcare having the same citizenship rights as human beings.

Justice often become more liberal over time as the gain knowledge of the US Supreme Court and listen to cases before the courts.

I don't like a lot of the Conservative decisions like a corporation which cannot go to jail, be killed in war, have children poorly educated, be harassed by police or go without healthcare having the same citizenship rights as human beings.

Sucks to be you then, does it not? I do not like the murder of not yet born but alive babies. I have to live with it.

This post is about "Freedom " you and fellow Conservatives want to deny a woman her most basic Freedom and human right of having decision making power over her own body and reproductive organs. You think politicians and clergy should dictate to her on when she is to be a parent. The even greater crime Conservatives commit is not offering young mothers options like public daycare, healthcare and housing assistance until the mother completes her education or while she's in training for a better job. Conservatives only want socialism for the wealthiest citizens and corporations.

No Goofus, abortion is about murder. The definition of death is when the heart stops beating. Therefore, when a baby's heart starts beating, he is alive. When you 'abort" him, you murder him. Period. End of story.

A woman does have control of her own body. She makes her choice before she becomes pregnant. After that point, there is another life involved.

While the types of aid you mention are available, there is also the fact that the woman made a choice to get pregnant. The means to prevent this is readily available to anyone. This choice has repercussions to her lifestyle, just as many other choices do. The sad thing is that it also has repercussions for the baby. The responsibility for her pregnancy lies with her and her partner, but the well being of the child is a concern for all of us. This is why there are programs such as WIC, etc.. The clergy you so despise runs many of these programs.

Her choice to become a parent is not a career move for her as you would have it.

Like I said Conservatives are about strict rules of Authoritarianism, Theocracy and punishment, Liberals are about 'Freedom, Liberty, human rights, Civil Rights and justice. We just celebrated America's promise of Freedom and Liberty.

Just for kicks, freedom from WHAT, Lib? Quick! Use "Your Google" to try and find an answer to try and make yourself look like you know what you're talking about, but will only serve to confirm (yet again!) that you have NO IDEA what you are talking about.

Taxation without representation, like the Gerrymandering, voter suppression, and a president of the United States losing the popular vote by nearly 3 million votes.
Religious freedom
Personal Freedom
Freedom from slavery as in the 16th Amendment
Freedom from Oligarchs

My point is proven.

And you made a rather humorous and coincidental mistake! It is the 13th Amendment that outlawed slavery, not the 16th. The 16th amendment allows for the collection of an income tax, a tax that the Supreme Court had ruled as being unconstitutional. Today, liberals use the income tax to enslave Americans financially.

"
Like I said Conservatives are about strict rules of Authoritarianism, Theocracy and punishment"

When were you authorized to decide the terms of my personal freedom and liberty? That's an excellent example of the arrogance of conservative political ideology.