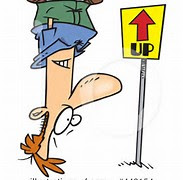 In 2012, liberals had a field day with a political science study that claimed conservatives were more likely to show traits associated with “psychoticism.’
Now, the American Journal of Political Science, who released the study, is saying that they made a grave error: it’s actually liberal political beliefs, not conservative ones, that are linked to psychotic traits.“The interpretation of the coding of the political attitude items in the descriptive and preliminary analyses portion of the manuscript was exactly reversed,” the journal explained, in their written correction.“The descriptive analyses report that those higher in Eysenck’s psychoticism are more conservative, but they are actually more liberal; and where the original manuscript reports those higher in neuroticism and social desirability are more liberal, they are, in fact, more conservative.”
American Action News

Liberals are also finding a reversal on Global Warming "studies" done by junk scientists. Anyone seen the Greenland Ice Sheet? One of the largest ever. No melting this summer. As we head to the solar minimum, the globe may cool more than anyone expected. Global Warming was never meant to address global temperatures, it was meant to control YOU.

NASA is a great factual source of information.

The Greenland Ice Sheet is a great source of information. The expanding Antarctic Ice Cap is also a great source of information. How about that new "island" off the coast of North Carolina? Do you rely on someone else for everything you do? How in the world did you figure out how to procreate, or have you yet? If little Charlie Gard were unfortunate enough to be your child, he would've been dead days ago. You are an excellent example of an end-product of the nanny state.

noneymouse coward got up this morning from a drug induced stupor and thought he would go down the line with typical one line quips. He got to the post above and thought "I ain't touching that one", and skipped it. Charlie Gard is really hurting the left's push for socialized health care.

Leftist liberals Paul Ryan, Bitch McConnel, Virginia Foxx, Nancy Pelosi and Chucky Schumer were ready to pass single payer, socialized medicine until God brought little Charlie Gard into the fray. Another hint has been given to us. Will the liberal socialists named above fall prey to political correctness and Lucifer? Probably so, but it will make it all the harder for them to win reelection. I love watching these idiots squirm and lie!!!

"In politics and in life, ignorance is not a virtue," President Obama

I never heard any President claim ignorance like Obama did. He knew nothing about how his government was running until he heard it on the news just like the rest of us.

President Obama served 8 years with his biggest scandal being , he wore a tan suit which caused bigoted Conservatives to go crazy.

Michelle Obama's biggest scandal was trying to get fruit and vegetables into public school lunches and high sugar foods out.

Goofus, you keep trying to ignore Fast and Furious, etc. The list is to long and I am weary of correcting you.