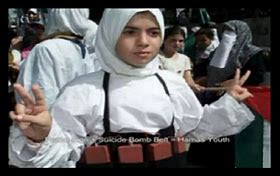 He's going to have a blast! I'm trying not to gender assume.

Fear and Hate mongering is all Conservatives have.

Got any examples of that Ricorama? You know, just for entertainment purposes.

You go first noneymouse coward and then I'll follow up with my typical post that completely derails everything you say and makes you quit, again. LOL!!! Ball's in your court, idiot.

Rico made a mistake. Racism, sexism, and bigotry has been the mainstream of the Democrat party forever. Some examples are gun control, abortion(the murder of the not yet born), affirmative action, etc. The problem is that the Democrats keep moving further to the left so that it seems that they have a new prospective. I would be interested in hearing your proofs of "Fear and Hate mongering is all Conservatives have."

Good one Faulks. The last time he asked me to prove something I did and he quit for 6 months. One would think a regressive like noneymouse coward would learn, but they never do. LOL