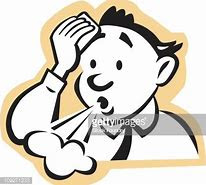 In all my lifetime, I have never seen anything like this before. I watched the entire Kavanaugh hearing. Everything Sen. Susan Collins said was the truth. Then today, everything that Chuck Schumer said was a lie. And he had to know it.

Now more than ever, I feel comfortable saying that the Demoncrat party has fallen under the power of the prince of darkness. Jesus said: “ “You are of your father the devil, and your will is to do your father's desires. He was a murderer from the beginning, and has nothing to do with the truth, because there is no truth in him. When he lies, he speaks out of his own character, for he is a liar and the father of lies” John 8:44 ESV

Time for a couple of skis.

Those of us who spend a lot of time having our prayers answered, learn that God does cliff hangers. I don’t know if it’s to give our faith a workout or not. I do know it always does. This time I had to hold on to my faith by my teeth until a few minutes into Susan Collin’s speech before I could exhale.

Blogger, just curious. Who was Christ specifically speaking to in reference to John 8:44 ?

I have my own opinion but just wanted to get your comment.

Wasn't H speaking to the Pharisees and some other Jews?

Now, please tell me. What had happened to them, the Pharisees and some other Jews ?