THIS TIME YOUR VOTE WILL BE FOR TRUMP!!

This vote is for Trump! 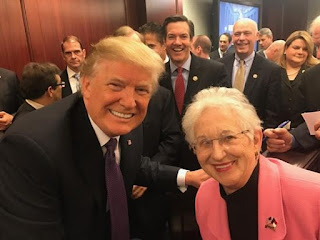 Starting next week we finally get to strike a blow for good!  Early voting begins.

We acknowledge that some of you have problems with Rep. Foxx.  But we know that you understand this time a vote for Virginia is really a vote to keep this seat out of the hands of the Left.

The president thinks highly of Virginia and has acknowledged her support for him on a number of  occasions.

In another picture just like the one below (but would not load,) President Trump turns to Virginia and says: “A friend of mine for a long time, Virginia Foxx.  Virginia.  (Applause.)  Thanks, Virginia.” 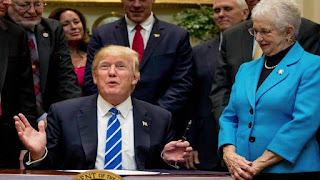 Email ThisBlogThis!Share to TwitterShare to FacebookShare to Pinterest
Labels: Trump and Rep Foxx