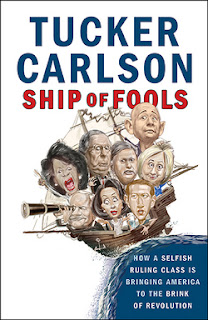 Rescinding the historic Trump tax cuts will merely be the beginning of the scorched-earth destruction that the Democrats will engage in should they become the majority party in the House and Senate in January. Fox News

Trump is right when he said that it is too dangerous to let the Dems take over.  Here are 10 things that Democrats will take away from the American people if they win in November:

Your money. Item No. 1 on the Democrats’ agenda will be to repeal the Tax Cuts and Jobs Act. For the 90 percent of Americans who have seen more money in their pockets this year because of tax reform, kiss it goodbye.

New jobs. If there’s one thing Democrats are good at, it’s killing American jobs. During President Obama’s tenure in office, roughly half a million jobs were shipped over to China, Mexico and other countries.

Funds to defend America. Democrats have been seething about military spending ever since President Trump announced his first defense budget.

Progress on peace. Progress toward peace that President Trump has fostered in the last 20 months will be undermined by Democratic interference and warmongering.

Our voices on social media.  We now know that the Left’s Google, Twitter, Facebook et. al. are censoring us.

Stable government. The most dramatic step the Democrats will take if given the chance is to impeach President Trump. The Democrats have been talking about impeachment since before the president’s inauguration.
Posted by Blogger at 9:05 PM

Dick Morris says voters will now be asking what comes next. For that reason Republicans need to bear down on who and what they will be getting if the insane left gets control—Maxine Waters, Corey Booker, Bernie Sanders, running the Congress—anarchy in the streets—the rule of law turned on its head—madness.

for great conservative content, please heck out my blog https://limegenocide.blogspot.com/

The dems threaten to try to impeach Kavanaugh. Dershowitz reminds them that impeachment is for acts while in office, not for something you did as a kid.

Its the process, not the actual impeachment.

As with the confirmation hearings, even if they lost they would still send the message to any they oppose.

If we cannot stop you we will destroy you, your family, your marriage if you have to be confirmed for any position in the government.

Anyone on Trump's short list of candidates now knows there are no limits to what the demoncrats will do. Lies, innuendo, false testimony, perjury are all on their list of weapons.

IF the demoncrats win the House they may impeach Kavanaugh knowing full well he won't be removed from office, but they will use it to smear, defame, destroy his family.

The libs have overused the impeachment card almost as much as the race card. We all know impeachment means nothing without a follow-up effort to remove. Just ask Slick Willy.

Fox about Dems: “it was is hard to put out a brush fire in a party full of arsonists.”