MITT ROMNEY DISHING IT OUT 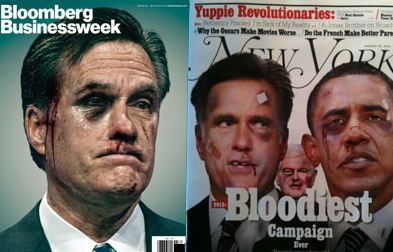 Mitt Romney wrote an Op Ed about President Trump's style as President. President Trump did say, if elected, he would be more presidential. That didn't happen in the normal definition of presidential manners. Romney went on to compliment President Trump on his successes. Romney and many others do not realize that these Marxists can not be fought with kindness. President Trump is a scrapper and that's what is needed.
Mitt was beaten soundly by a Marxist that used lies about his taxes and called racism at every turn. He was even accused of abusing his dog and giving his workers cancer. The Left deserves no kindness and deserves no benefit of the doubt. Yet the question remains, will President Trump's colorful style carry the day? 2019 is going to get weirder.
Posted by Sarkazein at 11:22 AM

Now I have to mute my TV every time that slime ball Romney comes on. His op ed reveals he has no character, Yet he has the audacity to attack Trump's character.
Trump has more character in his little finger than does Romney in his entire self.

Why do you think the Conservative propagandist need the photoshopped images to sell this garbage?

A picture is worth a thousand words

Looks like the noneymouse coward was removed to the vent page. LOL!!! The village idiot seems to think that repeating the same false talking points is a measure of intelligence. Dolt got what he deserved, again.

Where was Mitt Romney when he was in a race for the presidency with Hussein obummer? I never saw the idiot do more than smile and try and shake obummer's filthy hands. Reminds me of that idiot john McCain - both of them will go after fellow republicans and give the dumpocrats a pass. Notice Romney, similar to noneymouse coward on this site, refused to address officer Singh, illegal immigration, or the needed deportation of tens of million of illegal aliens. Whose side is rino romney on? Utah, if it were worth a damn, would recall him immediately.

Mitt Romney is the one unhinged. Several RINOs are/were unhinged. People try and say Trump is off his rocker, however folks like Romney, McCain and Jeff Flake are the ones with severe issues. McCain would disagree with his fellow Republicans just to highlight his image as a "maverick." Romney seems to be going down this very road with his ill-times, strange op ed. Makes me wonder how competent Romney is. As we've said before, how come RINO Romney didn't attack obummer on the campaign trail like he just did Trump? All I say romney do was conduct himself in the usual listless manner while speaking softly with well worn talking points. It's almost like he tried to lose that last election. With his current op ed, it makes me wonder if Romney wasn't a plant by the deep state to do just that. Just a very strange situation no matter how you cut it.

This gal would be remiss in failing to mention that thom tillis (notice lower case), an outed RINO in his own right, has said absolutely nothing on border security. Where is tillis on this issue? We heard him speak out on Kavanaugh, a safe zone issue, but nothing on immigration. Is this because tillis is pro-illegal alien as his past comments on amnesty indicate? Of course the idiot is pro-illegal alien. His silence speaks volumes. Tillis chooses illegal aliens over American citizens, just as he refused to vote pro-gun bills through the NC Senate.

What does the Watauga County rethuglican party think of Romney's turncoat op ed? Go ahead and tell us what you think. Like tillis, the Watauga county rethuglican party is absolutely silent on many of today's most pressing issues. What a bunch of losers (literally and figuratively). This gal outed them years ago when they held a majority on the Commission. Due to my, and the great one, USS Rodger Young's efforts, they were swept from power, likely never to return in Watauga County. We initially tried to help, however when they turned on conservatives we obliged their trickery by voting them out of office. The same thing happened in the NC House of Representatives. Republicans turned liberal by raising taxes and refusing to hear pro-gun bills. They lost. Funny how faux Republicans act surprised when conservatives won't vote for them. Any Watauga County Republicans care to comment or is the truth beginning to hurt a bit? LOL