Trump Looking Out For Us--Pelosi What is She Doing ??? 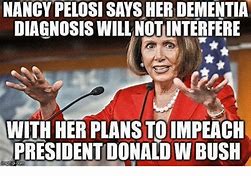 Someone on TV last night gave a great summary of the duty of the government–1. Protect the people, and 2. Help each of us succeed.

Right now, number 1. Protect the people is in the headlines. Trump’s call for security on the Southern border is paramount. We have Trump vs Pelosi.

Coming up from the South are violent criminals–deadly drugs, as well as thieves with no property values requiring us to bar our windows for the first time in our history. There are rapists in the caravans. We have terrorists embedding themselves in the caravans.

We have infectious diseases coming which we have not built up immunity to. Studies have identified
the importance of cross-border movement in the transmission of various diseases, including HIV, measles, pertussis, rubella, rabies, hepatitis A, influenza, tuberculosis, shigellosis, syphilis, Mycobacterium bovis infection, brucellosis, and food borne diseases (making it unsafe now to eat in restaurants.) A new mysterious illness afflicting primarily childrens acute flaccid myelitis (AFM), a polio-like illness believed to be caused by a virus. B. Legionnaires Disease has broken out in one of the border patrol centers, and Flesh Eating Bacteria, just diagnosed.

In the early days of immigration, we kept the people quarantined in Ellis Island until cleared. Today immigrants just walk in sick as hell.

Beyond all that, the people coming across our borders and flooding our country ipso facto, have failed values–that is why they are fleeing. They are bringing those values with them and creating ghettos in which to maintain them. There are approximately 3.7 million unlawful immigrant households in the U.S. These households impose a net fiscal burden of around $54.5 billion per year on the American taxpayer.

NOW ALL THAT IS WHAT TRUMP IS FIGHTING TO PROTECT US FROM!

WHAT’S NANCY DOING OTHER THAN TRYING TO DESTROY TRUMP?

I defy any of our left-wing readers to answer the question.
Posted by Blogger at 10:10 PM

More fear mongering, hate mongering lies and Demagoguery from right wing propagandist. Fear and hate are all Conservatives have to sell. Border security is more than a 4th century wall, which only the least informed want. Trump doesn't care about those peoples coming over the border as he hires them to clean his personal residence.

noneymouse coward, you're back!!!!!! How'd the treatment go? You're still woefully inadequate on facts and truth, but at least your post isn't a disjointed miasma of random thoughts. So what was the diagnosis? I still think it was manic depressive disorder or plain ole bi-polar disorder.


Walls work. Funny how liberal socialist sheep (you) don't ask the border guardsmen who protect the nation on what they think about a wall. Instead you rely on talking points from "experts" like kamal harris. When you talk about demagoguery, propaganda, fear and hate, does that include the black Israelites who attacked school children in Washington DC a couple weeks ago? If not, why? LOL. Tough questions ain't they pardner.


PS - Is your psychosis starting to return a bit quicker than your doc said it would? LOL!!!!!

Did you see the news of the crazy woman in Kentucky is ordered to pay the Gay couple $ 225,000 for her incompetence and discrimination?

I noticed you dodged heavily my post asking about demagoguery, propaganda, fear and hate, and why that seems to not include the black Israelites who attacked school children in Washington DC a couple weeks ago. Why do you dodge that question? Did your doctor tell you to ignore stressful situations stemming from tough questions asked by conservatives? LOL!!!


You still haven's answered as to why you refuse to acknowledge Officer Singh and the illegal alien that killed him on Christmas Eve. You liberal socialist sheep say it's bad to separate families, but won't talk about American citizens becoming permanently separated from their families (as in dying) due to illegal aliens. You thought the Officer Singh dilemma was going away didn't you? LOL. Idiots think things like that.


Still waiting for an answer.

Hey Blogger,
Did you see the news of the crazy liberal man in Kentucky who was ordered to pay CONSERVATIVE Rand Paul $ 580,000 for attacking Mr. Paul in his front yard (hate anyone?

Did you see the liberal man in Kentucky that served time in prison for attacking Rand Paul. Then he was ordered to pay Rand Paul $580,000 dollars. Funny stuff isn't it!? My, my those liberals are so violent.