Response to Letter From Thom Tillis on Wall 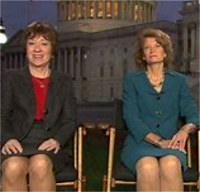 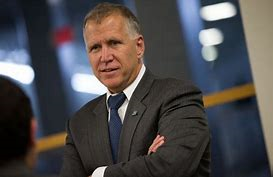 Dear Senator Tillis,
Thank you for responding to my letter.  However, I know you listened to the President’s speech today.   He pointed out how stupid your position is when you say:  “Please know that my concern with the emergency declaration has nothing to do with the President’s goal of securing the border, but it is about maintaining Congress’ power of the purse and preventing a future president from exploiting this precedent for their own agenda.”

As the President observed  “some Republicans' fears are that the move could set a precedent that could potentially be used against them by Democrats in the future” “They’re going to do that anyway, folks,”

Senator, we will get our wall, so your little Kabuki Theater with the Dems of voting against our president will accomplish nothing.  Instead, it will only serve to piss off more Conservatives.   If you were sincere you would work towards fixing the 1975 law that presidents use.

LETTER FROM THOM TILLIS I AM RESPONDING TO:

Thank you for taking the time to contact me about President Trump’s National Emergency Declaration. I appreciate hearing from you.

As you may know, on February 15, 2019, President Trump issued a national emergency declaration in order to provide the rest of the funds he had previously requested through Congress to secure the southern border.

Let me be clear: I strongly agree with President Trump that there is a humanitarian and drug crisis at our border. It’s unfortunate that some elected officials are denying this reality, because the numbers do not lie. Every year, hundreds of undocumented immigrants die trying to cross our border, and tens of thousands of Americans die from heroin-related overdoses, the vast majority of which is smuggled from the southern border.

That is why I have repeatedly supported and voted in favor of President Trump’s plans to secure our borders and reform our nation’s broken immigration system. In fact, last Congress I worked directly with President Trump and my Senate colleagues to introduce legislation based on President Trump’s border security plan. This bill, known as the Secure and Succeed Act, included $25 billion for border security including walls, barriers, and other infrastructure. However, this legislation did not ultimately gain the support needed from my colleagues on the other side of the aisle to become law. I wholeheartedly share President Trump’s frustration that my colleagues on the other side of the aisle have continually blocked the reasonable and good faith efforts to secure our borders and I stand with him in his efforts to protect the American people.

Due to Congressional obstruction, I understand why President Trump took the step of making a national emergency declaration, which would provide about $8 billion for border security infrastructure.

Please know that my concern with the emergency declaration has nothing to do with the President’s goal of securing the border, but it is about maintaining Congress’ power of the purse and preventing a future president from exploiting this precedent for their own agenda.(emphasis BLOGGER)

For example, in recent weeks, we have heard from two prominent elected officials who entertained the notion of removing walls and physical barriers, effectively opening up our borders. If we had a president who shared their views, they could also declare a national emergency, and use those same funds, originally appropriated by Congress for other purposes, to literally tear down border security infrastructure that already exists.

I applaud President Trump’s efforts and determination to deliver on the promises he made to the American people and I will continue to work with him on ways to provide for billions of dollars in additional funding to finally secure our border and protect the American people. I know we can get it done.

Again, thank you for taking the time to contact me. Please do not hesitate to contact me again about other important issues.
Sincerely,

RINO Tillis claims he's worried that dumpocrats may themselves use a National Emergency declaration if Trump does. What's to say they won't anyway? Dumpocrats are known for taking unusual or illegal steps in defrauding Americans of freedom, rights, and liberty so of course they would use the Emergency Declaration if it suits them. Has nothing to do if Trump uses it or not. What about the majority consensus in the Senate - Republicans use a simple majority now to vote bills they want. Is Tillis concerned the Democrats might do this in the future also?

RINO Tillis mentions that hundreds of illegals die each year crossing the border. Why is he concerned with this? That should not be a reason to do anything other than build more walls or hire more border watchers.

Tillis has already sold the people of North Carolina a smoking pile of dung when he refused to bring pro-gun bills to the NC Senate for a vote. He was worried that increasing my freedom wouldn't "pole well." That's what he thinks of your rights.

Sadly, I detailed the highly questionable actions of RINO tillis (notice lower case) for several years on this very site. Didn't seem many were interested in hearing crazy girl Johnny Rico spout crazy talk. Now we have a true collectivist in office who will do ANYTHING to stay in power. Anything. Tillis understands NC is turning purple and is banking on a moderate vote to keep him in office during the next Senate election. Tillis will have NO problem voting for "sensible" gun control bills. He's an elitist ruler, not a representative committed to reducing government or increasing freedom and liberty. Tillis smugly knows what's best for you. Strangely, most will bend over an let pervert tillis have his way.

Tillis is brought to you by sheeple RINO voters - some of the absolute dumbest homo sapiens on God's (notice upper case) green earth. No difference between tillis and democrats. None.

I notice he is more concerned with illegal invader deaths than he is of the hundreds of Americans who are murdered, raped or killed in auto accidents by illegals.

Maybe you should ask god to have a word with him.

Anonymouse 3:33 PM- Sorry, you have to be over 16 years old to comment on this blog.

The border is in utter crisis and, like Wolf's Head so appropriately pointed out, RINO tillis is worried about deaths of illegal aliens. Amazing. He, like liberals, choose illegal aliens over American citizens. Tillis is also ignoring the sovereignty of the United States at the same time. What America did tillis grow up in? He's about as un-American a Senator as I've seen. But many of us pointed that out on this site years ago.

Where are the Watauga County Republicans in all this? Not a peep from them on anything. Nothing. That are still doing nothing even after the shellacking that received at the hands of Democrats who are truly committed in their cause. Hell, I'd choose the Williamson twin idiots over at the failing Watauga Watch before I would Watauga County rethuglicans. Boy, I certainly miss Vince Gable and his efforts to DO SOMETHING.

Johnny Rico 8:30 PM- I f you ask Sheriffs from the Mexican border counties in Texas, which are usually poor, they will tell you one of their biggest expenses is collecting bodies of illegals who have walked across the border and died.

That is neither a national security issue nor a problem affecting national interests. And certainly no reason for RINO Tillis to even mention it. Perhaps if it wouldn't be a problem if we had a wall or Republicans who've sold us out on the issue since 1965.

Johnny Rico- You wrote- "RINO Tillis mentions that hundreds of illegals die each year crossing the border. Why is he concerned with this? That should not be a reason to do anything other than build more walls or hire more border watchers."

That's what I am writing... same thing.

If illegals knew there is a wall they aren't going to be able to defeat, they might not try OR the bodies would be on the Mexican side and they would have to take care of them not the underfunded Texas border counties. The wall would save lives and money.

Blogger, I too sent Tillis an email a few days ago re: the typical neo-con opposition to Trump's emergency declaration as to the border wall. I referred to the usual knife-in-the-back that has been the longstanding practice of many within the Republican establishment when an official at any level tries to do something that genuinely benefits the American people and their culture; I accused him and others in DC of being greatly influenced by the powerful Mexican drug lords and providing very cheap labor for American employers, plus, all the benefits these illegals receive via the corrupt local and state officials at the expense of the American taxpayers. Also, I referred to the fact that there has been several emergency declarations made by recent presidents of both parties. His staff's reply was very similar to the response you received. I responded to their reply with less tact than my initial email. For what it is worth, I also sent a similar email to Rand Paul.

Johnny Rico- You wrote- "RINO Tillis mentions that hundreds of illegals die each year crossing the border. Why is he concerned with this? That should not be a reason to do anything other than build more walls or hire more border watchers."

That's what I am writing... same thing.

So Hungary, about the size of Indiana, has figured out how to STOP illegal immigration.

Tillis, Burr, Foxx and the rest of Congress are intentionally destroying our country through open borders.