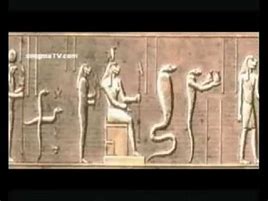 Something I have never shared before, but because I am now very old, perhaps it is time to tell it.

In 1980, I was camping alone at a New Age training center camp ground.

Suddenly a beautiful woman appeared in my tent. As I looked at her, she began to speak. She informed me that she was an alien and that she was going to reveal her true self to me. She then unzipped her outer layer of skin and beneath it was a reptilian-like creature. It was all very weird. It has never occurred again.

But, in 1983, an award winning series called V ran on TV. There she was, a beautiful woman, who when she unzipped, was reptilian underneath. The same was true for her followers and those she hatched.

I have stayed alert. (I even tried to see if Schiff or AOC had the split eyes of a reptile. LOL)

And that is the end of my story for now
Posted by Blogger at 8:18 PM

After my experience I was surprised by the number of blogs who talk about reptilian people.

V was such an awesome mini-series. I liked the part where one of the rebels handed out new, improved ammunition saying it "really chops them up." That was cool.