Now We Know Mueller Was After Trump All the Time 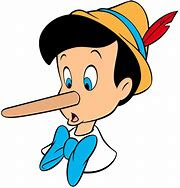 I have been working all day to figure out why Mueller pulled his sick act today. I am believing Mark Levin’s answer.

Jerry Nadler is behind it. He does not want Mueller to appear before his committee so he sent him the signal if we would do what he did today, Mueller could escape appearing.  Nadler and Mueller realize he would be facing some of the sharpest Republicans in congress on the Judiciary Committee including: Doug Collins, Georgia, Ranking Member Louie Gohmert, Texas, and Jim Jordan, Ohio, and others.

They would have Mueller for dinner over some crucial questions that the American people need to know. Examples: Why did Mueller hire all Hillary donors?  Why did he let his most despicable associate, Andrew Weissmann do the hiring?  If it was a probe into Russian influence why did he not look a the Russian influence and the Hillary campaign? I f he knew he could not convict a setting president, why did he keep going?  For that matter why did he even start? When did he know there was no collusion and why did he not stop there? Why did he tell Barr and the American people that the Dept. Of Justice guidelines against not convicting a sitting president did not affect his decision on obstruction–then lie and tell us today it did?  Why did he put his thumb–his elbow, on the scales today against Trump as Alan Dershowitz charges? Above all why was he, Mueller even there today?
Posted by Blogger at 10:53 PM

Email ThisBlogThis!Share to TwitterShare to FacebookShare to Pinterest
Labels: Mueller and Nadler. Mueller and House Judicial Committee, Questions for Mueller