What The Well Attired Democrat Voter Will Wear 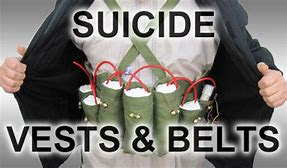 The scariest thing about the Democrat debate was that it was the first time I saw that there were some that actually believe the lunacy.

It's more than just lunacy, the left are becoming increasingly dangerous.

Notice how there are no moderate stances among the Democratic candidates. EVERY one of them supports gun control. How does that bode when we get a Democratic President and Congress one of these days? It's going to happen sooner or later, and then what when they vote all your rights away in one legislative session? We are so achingly close to having all our rights done away with by these leftists. But then again, when the rethuglicans had the Presidency and Congress, they did NOTHING. Not a thing except hate on Trump. And what is RINO Richard Burr doing now, I must remind you. NOTHING. That dolt has made a living off your taxes doing nothing but status quo politics. I used to think the Supreme Court might help us stave off some anti-gun stuff, but with Roberts now a bonifide liberal, it's not looking too good. Maybe if Ginsburg keels over Trump could right the court with Constitutionalists, but not putting any bets on it.