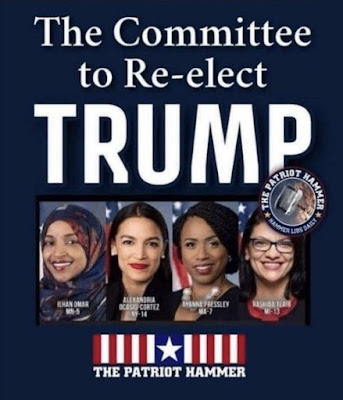 Still can't understand how asking someone to go back to their country equals racism. The public school system has dumbed enough of the sheeple down that they can no longer differentiate between national origin and racism - it's melded into the same thing by leftists bent on radically changing the fabric of the nation. The same leftists screaming the President (notice upper case) is a racist were themselves saying they would leave the country if Trump were elected. Hypocrisy anyone?