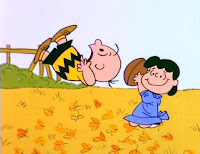 What I argued so vehemently here against another writer over five years ago has come true. I argued that once gay marriage was legalized, gays would use the FORCE of government to COMPEL people to change their beliefs and practices -- or at least to hide their true beliefs.

Christians being driven from the public sphere. He assured us that this would not be the case. That no one would be FORCED to do anything that went against their beliefs, such as churches that taught that homosexuality is a sin. He even insinuated, initially, that there could/maybe, should be exceptions for people in industries related to weddings that required their attendance at the ceremony -- photographers, musicians, etc., i.e., they should be allowed to refuse to attend.

Where is this other writer now? What do we have now? People shaming others if they are going to churches that do not "AFFIRM" homosexuality. Suggestions that churches that do not AFFIRM and CONDONE gay marriage lose tax exempt status. People being banned from social media for expressing their sincerely held religious beliefs. Gays actively seeking out Christian run businesses to put them to the test on gay marriage and then seeking to destroy them if they choose wrong -- with the FORCE OF GOVERNMENT -- through lawsuits, fines, and "reeducation." Sounds a lot like Mao's Cultural Revolution and Reeducation Camps. (Look them up if you've never heard of them before. Chances are, if you are a big-government liberal, you've never heard of them.) Freedom of speech? Not for Christians. Freedom of Religion? Just an outdated part of the constitution not fit for today's "tolerant" America, never mind the intolerance and pure hatred they demonstrate towards pious individuals every day.