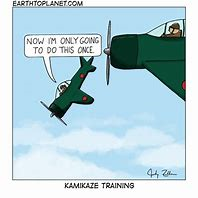 Hellbent to impeach, the Demoncrats have at least two hurdles to vault if they are to convince the people that its worth tearing the country apart–explaining their reasons and explaining impeachment.

American voters will now be asked to decide if the following passes their smell test to impeach.

The story begins when Ukrainian Prosecutors reveal they have corruption  evidence on Dems, Hillary Clinton and Joe Biden . They tried to pass it on to the Department of Justice . The Obama deep state, blocked the information. When the president sought more information from the new president of the Ukraine, he was accused of acting criminally.

Ukraine has Financial records showing a Ukrainian natural gas company routed more than $3 million to American accounts tied to Hunter Biden, younger son of then-Vice President Joe Biden, manager of U.S.-Ukrainian relations for the Obama administration. Biden’s son served on the board of a Ukrainian natural gas company, Burisma Holdings. With no expertise, Biden’s son received $50,000 A MONTH to serve on the board.

Records reveal that Vice President Biden pressured Ukrainian officials in March 2016 to fire the prosecutor who oversaw an investigation of Burisma Holdings and who planned to interview Hunter Biden about the financial transfers; Joe Biden even bragged on TV that he accomplished the firing.


THE HILLARY CONNECTION STORY:
There are sworn statements from two Ukrainian officials admitting that their agency tried to influence the 2016 U.S. presidential election in favor of Hillary Clinton. Documents include contacts between Democratic figures in Washington and Ukrainian officials that involved passing along dirt on Donald Trump;

As the president became aware of his own Justice Department’s conspiracy, he asked the new president of the Ukraine for more details. He said these stories seemed horrible.

SECONDLY, EDUCATING THEIR CONSTITUENCY ON IMPEACHMENT:

.Impeachment by the House of Representatives is only akin to indicting. The actual trial is held in the Senate. In the Senate there are 51 Republicans where Trump holds a 91 % approval rating. There are 49 Dems. It takes 69 senators for a conviction.

Impeachment will go nowhere. Will their constituents realize in time that impeachment is only political theater or will they cooperate in needlessly tearing the country apart?
Posted by Blogger at 4:09 PM

Personally I think when the American people finally find out what this impeachmentgate is all about they will say: “Where’s the beef?”. Or as Congressman Mark Meadows just said on TV “Where’s the other five pages.”

Unable to get the documents to the DOJ ,apparently the Ukrainians have passed them along to John Solomon, award winning investigative journalist and the Executive VP at The Hill, and also to Trump’s attorney Rudy Giuliani. These two are the principal sources for this article. Giuliani was tasked by the State Department to look into the Ukrainian charges. As a result, Dems would like to crucify him also.

Searching for this subject, I found out just how corrupt the left wing Google is. I could not find the info so I turned to the search engine yippy.com They had a plethora of good articles on the subject.

The one bright thought I have had is that Trump and Giuliani and all of our witnesses so far are charismatic on TV. On the other hand the Dems who will try to suck all the oxygen out of Washington, Adam Schiff, Nadler, Maxine Waters, and Elijah Cummings, are all charismatically challenged. It’s easy to hate them. They are uuggly,

They are also either black or Jewish. I'm sure that helps bolster your hate.

Anonymous at 9:06 PM was officially defeated in debate, again.

As I have read elsewhere, the impeachment is all about the Supreme Court.

Darth Vader Ginsburg is on borrowed time, the left will stop at nothing to prevent Trump from appointing another Supreme Court justice.

When Ginsberg dies, the left will totally lose their collectivist minds if Trump is still in office.

It is remarkable to recognize that if Obama behaved exactly as Trump does, that you would find that laudable.

wolfe, and the supreme court is all about Roe vs Wade.

Blogger, Roe vs. Wade is coming, but expect gun control issues to be the largest dockets for SCOTUS in the future, particularity if any new laws such as the red flag laws that deprive people of due process are created.