Like An Old Testament Prophet, Trump Trumpets the Call For Religious Freedom 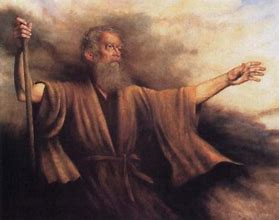 President Trump decried religious intolerance in his speech to the United Nations in which he called on world leaders to not persecute people over their faith. (Excerpted)

"The United States is founded on the principle that our rights do not come from government, they come from God. This immortal truth is proclaimed in our Declaration of Independence and enshrined in our First Amendment to our Constitution, Bill of Rights," the president said.

"Our founders understood that no right is more fundamental to a peaceful, prosperous and virtuous society than the right to follow one’s religious convictions. Regrettably, religious freedom enjoyed by American citizens is rare in the world," he continued.
"Approximately 80 percent of the world population live in countries where religious liberties are threatened, restricted or even banned."

"As we speak, Jews, Christians, Muslims, Buddhists, Hindus, Sikhs, many other people of faith are being jailed, sanctioned, tortured and even murdered even at the hands of their own government simply for expressing their deeply held religious beliefs," he said, calling on world leaders to be more tolerant

Today, with one clear voice, the United States of America calls upon the nations of the world to end religious persecution. (Applause.)

To stop the crimes against people of faith, release prisoners of conscience, repeal laws restricting freedom of religion and belief, protect the vulnerable, the defenseless, and the oppressed, America stands with believers in every country who ask only for the freedom to live according to the faith that is within their own hearts

Too often, people in positions of power preach diversity while silencing, shunning, or censoring the faithful. True tolerance means respecting the right of all people to express their deeply held religious beliefs.

Today, I ask all nations to join us in this urgent moral duty. We ask the governments of the world to honor the eternal right of every person to follow their conscience, live by their faith, and give glory to God. The United States has a vital role in this critical mission."