A Letter to Tillis. Check Out the Response 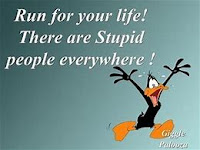 Dear Senator Tillis,  I am so proud of you for proposing Justice for Victims of Sanctuary Cities Act,

I am also proud that you have finally had the veil over your eyes removed. You recognize who Trump is and he is aware of that.

A year ago you were one of the leaders in the attempted coup to overthrow him as our duly elected president. You led the charge to make it impossible for him protect himself against the corrupt witch hunt.

Now, it seems practically overnight, you have joined leaders like Lindsey Graham and Newt Gingrich, and many others who have come into the light.

As a psychologist, for more than 60 years, I taught the study of human behavior. As such, nothing in my studies explains Trump Derangement Syndrom. I am also an Anglican Priest and when I put on that hat, I have no problem seeing that TDS is diabolical.

Thank you for taking the time to contact me about sanctuary cities. I appreciate hearing from you.

As you may know, sanctuary cities are local governments that fail to enforce or cooperate with the federal government’s immigration enforcement policies. This practice is alarming, as it provides an opportunity for potentially dangerous illegal immigrants to flock to those cities to avoid imprisonment or deportation.
You may be interested to know that, on July 9, 2019, I introduced the Justice for Victims of Sanctuary Cities Act of 2019.

Then for 650  words, Tillis proceeds to inform me of his Act.   Neither he nor a staff member revealed they had read my letter.  Just when I try to be nice, he manages to tick me off again.  He would be better off nor answering at all.
Posted by Blogger at 2:57 PM